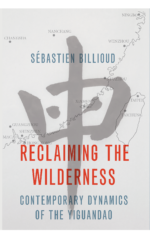 A syncretistic and millenarian religious movement, the Yiguandao (Way of Pervading Unity) was one of the major redemptive societies of Republican China. It developed extremely rapidly in the 1930s and the 1940s, attracting millions of members. Severely repressed after the establishment of the People’s Republic of China, it managed to endure and redeploy elsewhere, especially in Taiwan. Today, it has become one of the largest and most influential religious movements in Asia and at the same time one of the least known and understood. From its powerful base in Taiwan, it has expanded worldwide, including in mainland China where it remains officially forbidden. Based on ethnographic work carried out over nearly a decade, Reclaiming the Wilderness offers an in-depth study of a Yiguandao community in Hong Kong that serves as a node of circulation between Taiwan, Macao, China and elsewhere. Sébastien Billioud explores the factors contributing to the expansionary dynamics of the group: the way adepts live and confirm their faith; the importance of charismatic leadership; the role of Confucianism, which makes it possible to defuse tensions with Chinese authorities and sometimes even to cooperate with them; and, finally, the well-structured expansionary strategies of the Yiguandao and its quasi-diplomatic efforts to navigate the troubled waters of cross-straits politics. (source : Oxford University Press)